The Community Foundation for Surrey has the honour of administering several funds that have been provided as a legacy in memory of someone to whom Surrey was once home. Legacy funds are an important way of giving that make a contribution to future generations. The Dora Fedoruk Fund is a fitting memorial.

Dora was a remarkable lady whose legacy is still having a profound impact on the county she lived in. An outstanding scholar gaining a master’s degree in just one year at UCL before the war, she was very much in evidence during the war in home defences and after the war helping with the Polish refugee situation by giving a temporary home to many. She worked with Oppenheimer’s team in London as a chemical assistant and met her husband Jan Fedoruk on the London Underground after realising they both worked at the same firm – Peak Frean & Co Biscuits.

With little or no money, she and Jan built up a farm in Grayswood near Haslemere, Surrey, a hard-working life dominated by their animals. Their farm was very much a working farm both livestock and arable (surviving two bouts of the dreaded ‘foot and mouth’) and she was still tending cattle well into her eighties despite having had two hip replacements! At the same time her farm was open house to the community. She was generous to a fault in helping others. Her philosophy would embrace those in hardship as well as work involving animals and their protection and rescue.

Her nephew Adrian is still involved in the fund and in memory of his aunt’s determination to help refugees we have recently awarded funding to YMCA East Surrey towards the translation of a welcome pack for unaccompanied asylum seeking children into various different languages for residents at Hillbrook House which offers secure and affordable accommodation to young people aged 16-30 in housing crisis. Currently around half of the beds are being used to provide emergency or long-term accommodation to Unaccompanied Asylum-Seeking Children, who are aged 16-17, seeking asylum from persecution and have no responsible adult to care for them.

What does the fund support?

People who are facing hardship or who are at a time of need or crisis, for example people suffering from domestic abuse or from drug or alcohol addiction;

• Young people to increase their opportunities, skills and confidence;

• People who are homeless; and

“Working with the Community Foundation for Surrey makes it easy to continue the legacy of my aunt, they help me by researching and identifying local organisation who are really reaching those most in need. A lot of need is hidden in Surrey and the Community Foundation help to shine a spotlight on where my Aunt’s legacy can make the most impact”.Adrian , Nepthew of Dora Fedoruk

How this fund is making a difference

Here are just two of the charities that have been awarded grants by the Dora Fedoruk fund:

Funding toward the essential running costs of a charity that provides support services to women who have been affected by domestic violence in Surrey. Your Sanctuary provides refuge, outreach and helpline support services and has seen a 200% increase in demand during the lockdown periods.

Funding towards providing loans to homeless clients. The project enabled us to loan client’s the Rent In Advance (RIA) to our client group, without this they are unable to access the PRS which for many after failed social and supported accommodation tenancies, is there only housing option.

The homeless and vulnerability housed are especially susceptible to catching coronavirus, and those with ‘multiple and complex’ needs e.g. addiction, poor mental and physical health even more so. As even when this client group do not fall into the ‘shielding’ or ‘extremely vulnerable’ categories, they are very ‘high risk’, as they suffer from increased poor mental health and/or from underlying health conditions than the general public. Our scheme adopts a Housing Frist ethos, in that safe and stable housing is the starting point to allow our client group to then address their issues and move away from their chaotic lives. They are supported by in in this endeavour via our ecosystem of partner agencies. In providing access to the PRS, we’re not only assisting the client but the wider community e.g. clients suffering physical or mental health issues are likely to experience improved health, an alcoholic can avoid the pressures of the street culture of drinking or an ex-offender will benefit by obtaining self-respect. With a fixed address, our clients will be able to enter the job market, build normal relationships, rebuild family ties and participate in community life.

When Bill* first approached us he was rough sleeping, He had recently experienced a relationship breakdown and was struggling emotionally and physically. A cable engineer by trade, he lost his job due to the pandemic and was forced to return to the family home in Spelthorne.

He had fortnightly weekend access to meet with his two-year old daughter. On one occasion, whilst his daughter was visiting, there was a family argument involving the dog. Bill believed that the dog had bitten his daughter – his pride and joy. There was some disagreement, which rapidly escalated and resulted in him being asked to leave. Bill believes it was time for him to leave anyway, and that the incident had pushed him to do it. Whilst in the process of moving, Bill crashed his friend’s car, he reversed into something and wasn’t insured.

To add to his woes, he now owed his friend £300, which would have to come out of his monthly Universal Credit benefit. Bill had zero savings and no support network to turn to for assistance during this awful period in his life. Identified as a rough sleeper, we were able to swiftly source a self-contained property in Staines, which would give Bill a fresh start and the ability to maintain the special relationship he has with daughter. Since being housed Bill has been thriving. He has reconnected and built bridges with his family and is back in employment but most important of all to him, he is enjoying being a daddy again.

“You changed my life. You were there when there was nobody else, I can’t thank you enough”

To find out more, click here to read our Legacy information sheet

To discuss leaving a Legacy gift with the Community Foundation for Surrey, please contact our Director of Philanthropy, Claire Heath by calling 01483 906383. 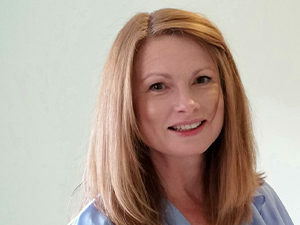