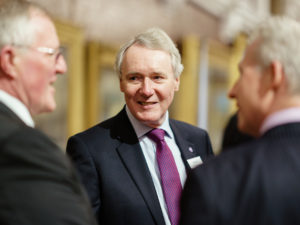 Richard Whittington previously worked for KPMG where he was Partner-in-Charge of the Infrastructure, Government and Healthcare group and simultaneously Global Head of Building and Construction, based in London. He has lived in Surrey for over 30 years and is involved with the community in a number of areas including being a Governor of Gordon’s School and non-executive director of The Hillingdon Hospitals NHS Foundation Trust. Richard supports the Foundation as a Vice President, having served his maximum 9 year term as a Trustee.