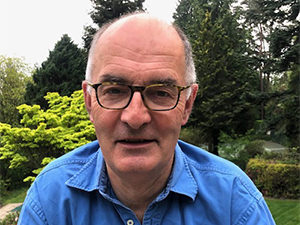 Will sits on the Foundation’s Personnel Committee and Governance Committee and lives in Surrey with his family, including a Labrador called Myrtle.