Following on from its 2013 publication, “Surrey Uncovered”, the Community Foundation for Surrey recently launched updated research. The updated research highlights how key needs such as mental health, poverty, homelessness and domestic abuse continue to affect the county.

Statistics included in Surrey Uncovered are shocking and many people will be surprised that they relate to Surrey. These include that:

Local voluntary groups’ ability to raise funds from national organisations to support those in need is often affected by the county’s perceived affluence. The Community Foundation for Surrey works with local people and businesses that want to make an impact by connecting them with local causes. Many of its donors choose to invest their money and gift the interest to charities and voluntary groups across the county. This results in significant long-term funding that will support communities both now and in the future.

How the Foundation is making a difference

In addition to reporting on local need, Surrey Uncovered also shows how the Foundation’s donors are tackling these problems.

Elmbridge Rentstart supports people who are either homeless or at risk of homelessness and its work has been supported by several grants from the Foundation, including from a fund set up by the family of Dora Fedoruk. During Dora’s life in Surrey, she embraced those in hardship with her generosity. This included opening her house to the local community. Her legacy now continues that work through the Foundation. In 2016/17, Elmbridge Rentstart supported 421 local people who were facing homelessness; they have advice to 82 people which prevented them from becoming homeless and they housed 102 people and provided them with continued support. Support from the Foundation has enabled Elmbridge Rentstart to expand into a new area. Most recently, they have been able to support an estimated 25% further clients.

“People often can’t believe that need on this level exists in Surrey. It was disappointing to discover that in some areas, the situation is even worse than in 2013. We work with many individuals who are passionate about making Surrey a better place for everyone to live in. We hope that this research will inspire more people to make a difference to their local community and be part of the solution.”

A copy of Surrey Uncovered can be downloaded here. If you would like to learn more about how to support your local community, contact the Foundation on 01483 478092. 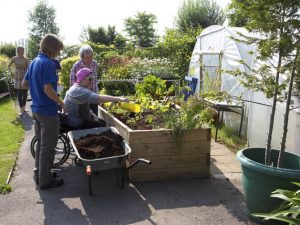 A Stroke of Genius at The Therapy Garden

A grant of £3,800 supported The Therapy Garden in Normandy in offering a therapeutic horticulture course to 12 local stroke survivors READ MORE 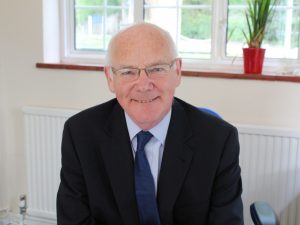