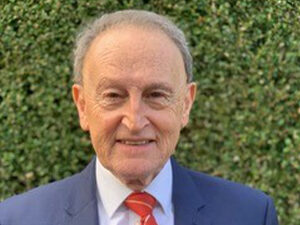 Sir Denis O’Connor CBE takes up the position as our new Chair having previously supported the Community Foundation for Surrey as a Trustee.

Denis has years of experience as a trustee for a number of charitable organisations, including the Migraine Trust and the Inclusive Educational Trust. He has also supported the Surrey Care Trust from 2015-17, and was appointed as Chair from December 2017 – July 2021.

Denis is a lecturer and advisor and member of the Committee at the Institute of Criminology, University of Cambridge. He was Her Majesty’s Chief Inspector of Constabulary between 2009-12. Prior to joining the Inspectorate in 2004, he was Chief Constable of Surrey between 2000 and 2004.